Chicago Suburban Gay Wedding Photographer: Following Chris and Tom's wedding at Bethel United Church of Christ in Elmhurst, Illinois, we headed to Wilder Park to shoot formal photos. We had to cut things short when a massive thunderstorm passed over. Thankfully we took refuge in another couples tent from a wedding that took place earlier that day. Once the flash flood was over the shoeless grooms ran to their car so we could make it to the reception on time. While that describes whats happening in the photo above, it only tells part of the story. Chris and Tom love surprises so the happy couple told their friends and family they were going to a surprise birthday party for one of them. I loved carrying on the lie when I started telling the guests at the reception, which took place at Autre Monde restaurant in Berwyn, Il., that I was there for the surprise party and I didn't know who the birthday boy was. I almost blew it all when I started to say "It's nice to see you again," to the minister who was in attendance. Good thing I caught myself before I slipped up. 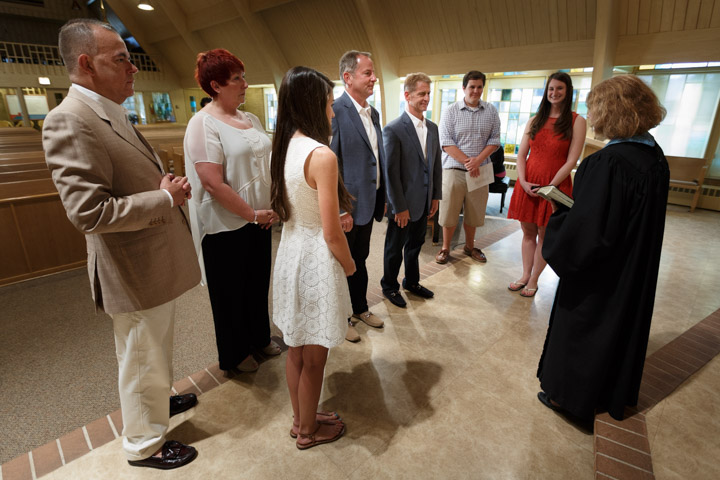 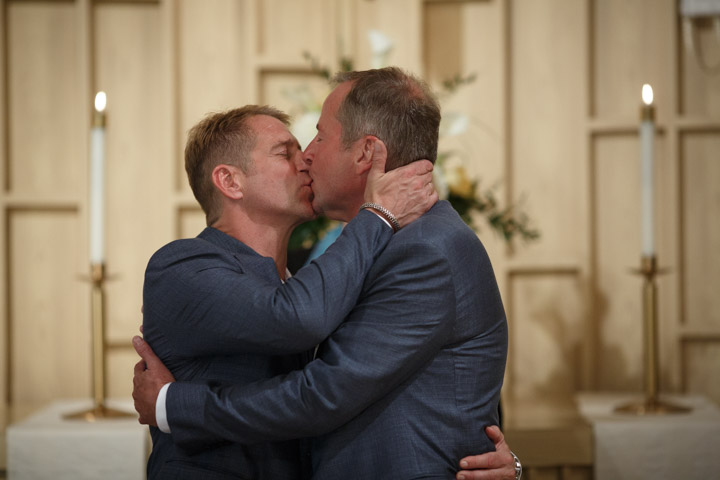 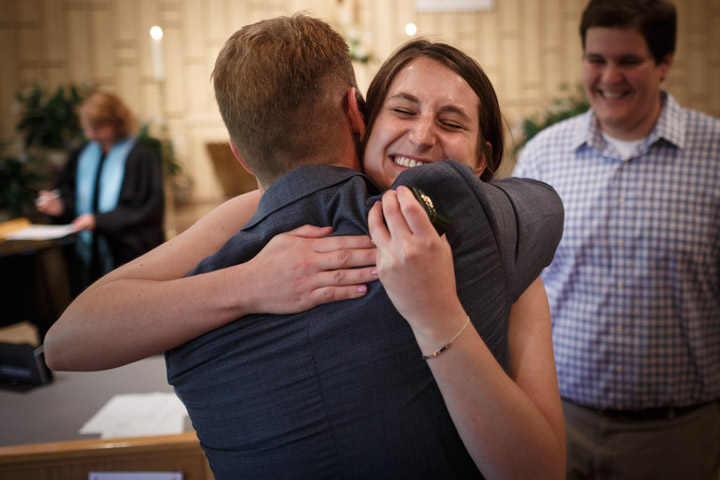 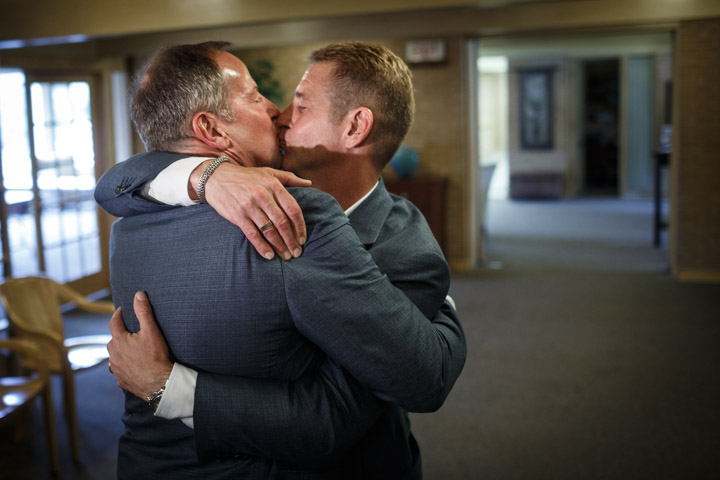 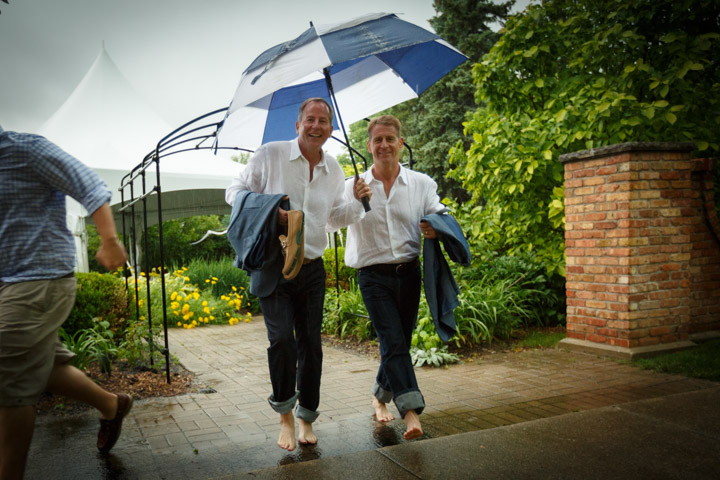 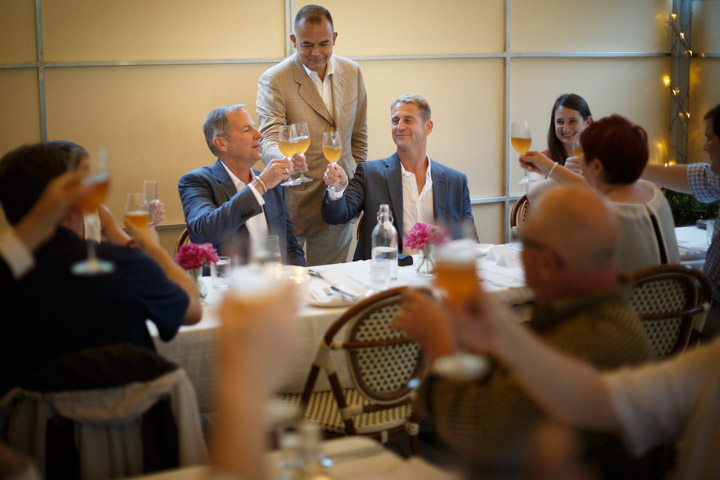 Chicago Suburban Gay Wedding Photographer John Gress enjoys shooting all types wedding ceremonies, parties, celebrations, receptions, and portraits in Chicago, Illinois (Chicagoland) and across the Midwest. He's an expert portrait photographer and he loves capturing candid, photojournalistic images of the couple & their guests during the private emotional moments and during the public cornerstone moments of Chicago suburban gay weddings that make each event special. Other Chicago suburban gay wedding photographers claim to be wedding photojournalists, but John Gress has had his work published in periodicals around the world. See collections of photos from Chicago Gay Wedding Photography specialist John Gress on his website and on facebook.